In the process of short path distillation, molecules escape from warmer liquid on vessel surface towards a cooler surface inside a condenser. The escaped vapours condense and the hence even called molecular distillation. 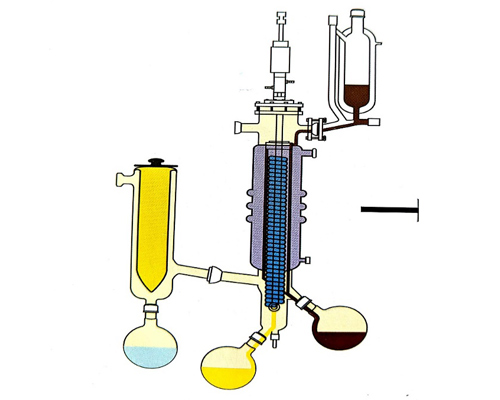 Operational process involves thermal separation of mixture by formation of a thin film on the shell surface.

A rotating distribution plate with special designed wipers help in forming a film on shell for the feed from the feed vessel. The rotor is responsible for stabilising the liquid film on the heating surface. The thin film formed helps in efficient heat transfer for viscous heat sensitive fluids.

In the centre of the body is a closely positioned internal condenser, providing a short path for the vapours molecules traveling from heated surface to condenser surface. Lighter fractions or components with lower boiling point vaporise and move towards the condenser. They come in contact with the cooler surface and condense into liquid which flows downward and is collected in distillate receiving flask. The heavier component does not evaporate and flows down the body and gets collected in residue receiving flask.

Note: The rotors and wipers are specially designed for formation of a thin film. 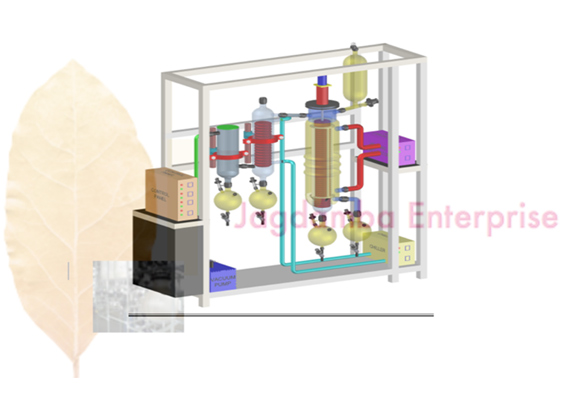